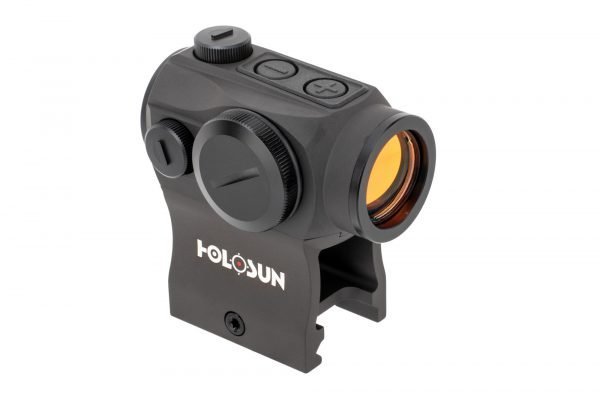 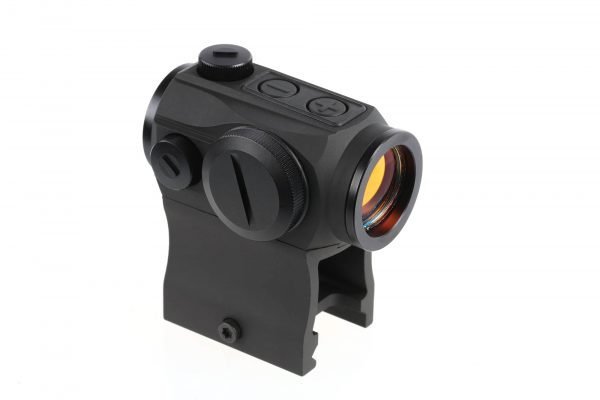 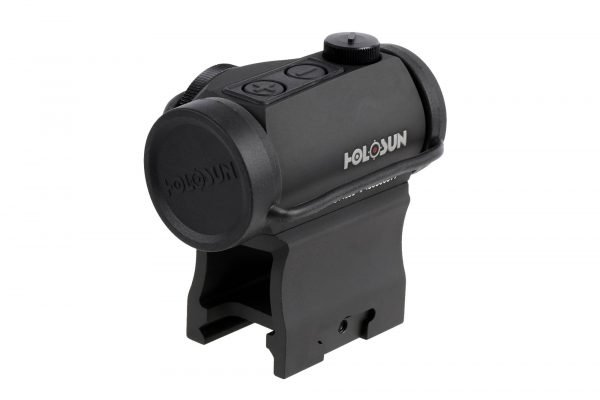 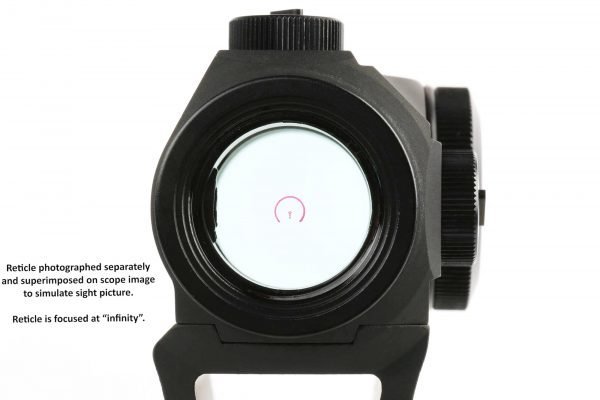 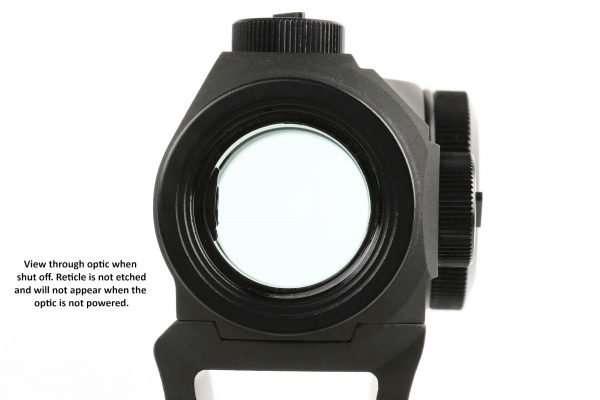 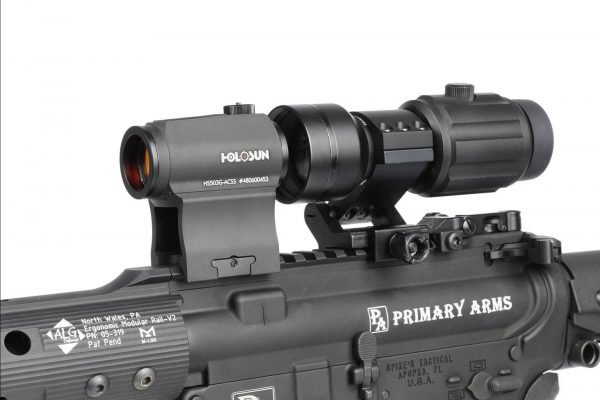 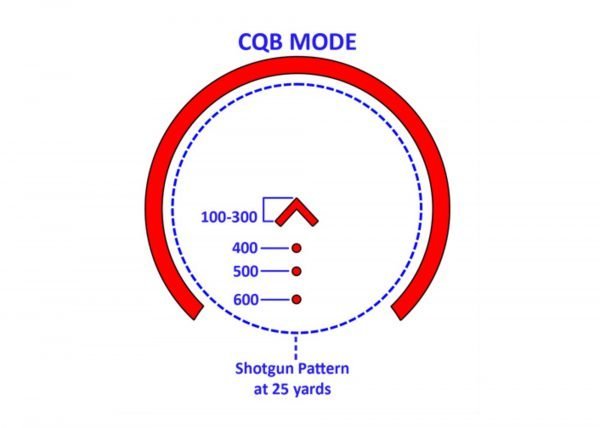 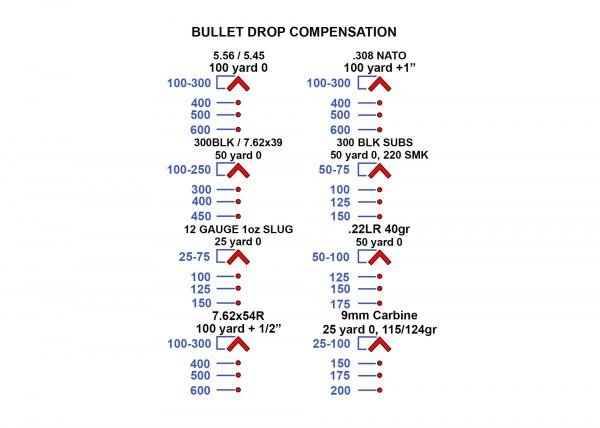 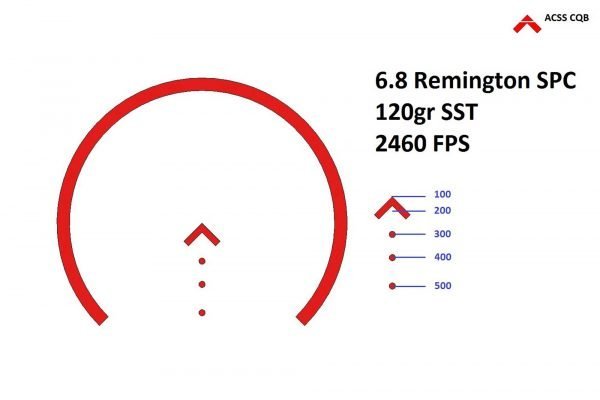 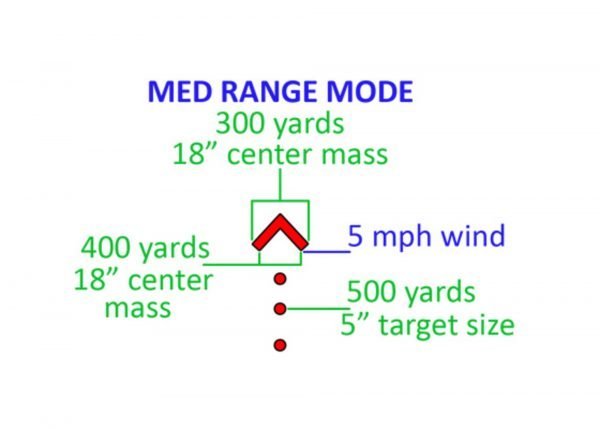 The HS503B is a 20mm micro optical sight designed for rifle and carbine applications. Features include our new Rotary Switch, ACSS Reticle, and 10 brightness settings.

In most cases in stock optics ship within 24 hours with a tracking number.

Primary Arms and Holosun have combined forces to bring you the power of the patent pending ACSS® CQB reticle in a red dot sight for the first time! The problem with dot sights is that a large dot is great up close but less useful at distances beyond 100 yards, because the dot becomes too large to aim with precision. A small dot used in conjunction with a magnifier fixes that problem, but is slower to acquire in close range snap shooting. The ACSS reticle uses a large chevron that the eye picks up very easily for up close shooting. At longer distances, the tip of the chevron is an infinitely small aiming point perfect for taking precise shots.

Using “zero” ranges of 25, 50, or 100 yards, the ACSS BDC is compatible with the following calibers:

The ACSS features three BDC dots underneath the chevron, allowing an unprecedented 600 yards of bullet drop compensation in 7.62 NATO or 5.56 NATO calibers. Auto ranging and wind leads are also incorporated into this smart reticle. A CQB horseshoe grabs the eye instantly for close quarters shooting and also approximates the spread pattern of 00 buckshot at 25 yards. The reticle for this sight is a central 2 MOA dot, centered in a 65 MOA circle with four positioning points. The diameter of the circle reticle represents approximately 5’5″ at 100 yards 170cm at 100m.

The HS503G is a proven micro dot sight with an auto-on function that switches on the power with a slight movement of the sight. It comes with a 1913 Picatinny base which is removable, revealing an Aimpoint Micro-compatible base underneath. It also comes with the lower 1/3rd co-witness riser mount shown in the photos.

There are no reviews yet.

Last chance to use code BF22. Don’t let this one

Happy Thanksgiving to all of our followers and cus

Recently in one of our groups this question was as